Golf in all its splendour at Club de Golf Vallromanes 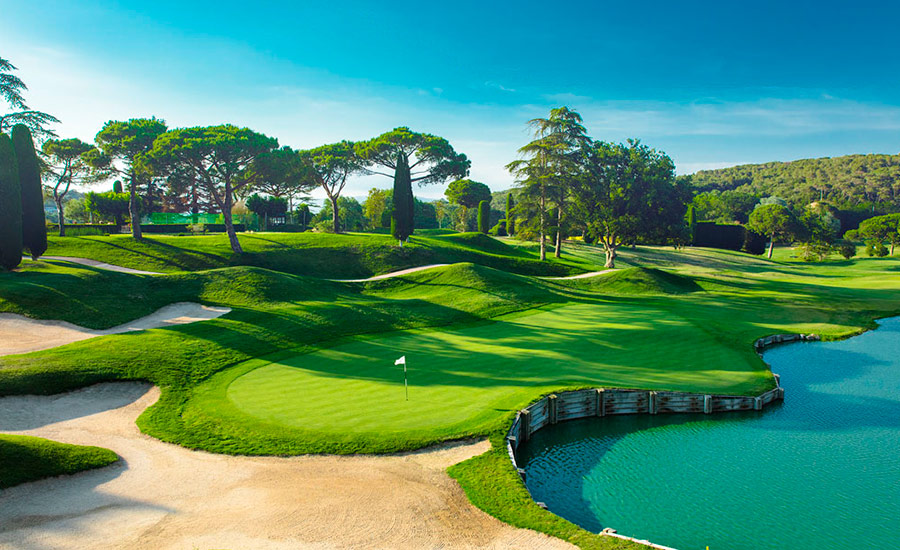 Golf in all its splendour at Club de Golf Vallromanes

One of the most traditional courses in Catalonia is the Club de Golf Vallromanes, which prides itself on preserving a traditional spirit and wisely adapting to the changes of modern times. A home for those who appreciate golf in all its splendour, in a family atmosphere of quality, where local and visiting players continue to be the protagonists.

This is the closest 18-hole course to Barcelona, located just 25km from the city centre, where we find what is considered by many to be the ‘best clubhouse in Spain’, either due to its history, its charm or its functionality. The Torre Tabernera is an imposing stately mansion dated from 1718, built by the Conde de Darnius on the ruins of the old “Castell Vell dels Montornés”, which was destroyed during the war that gave the crown of Spain to Felipe V de Borbón. On the façade shine six large ceramic altarpieces, Louis XIV-style, from the early 18th century.

The restoration and expansion works of this magnificent Palace House were carried out in 1968, establishing the fine harmonious complex that houses the club’s facilities and services. Here you will find the snack bar and the Torre Tabernera Restaurant, which offers Mediterranean cuisine with a daily menu and an exquisite fixed carte. It is also a pleasure to take a cocktail or drink at the Hoyo 19, a comfortable outdoor terrace located behind the building, between the golf shop and the reception.

A generous golf course from a prestigious designer

The golf course was designed and built by the prestigious British architect Mr F.W. Hawtree in 1972, a signature that endorses the quality of the course. Club de Golf Vallromanes has always been involved in competition, starting with the Benson & Hedges Spanish Open in 1985, which left its imprint on the legendary champion, Severiano Ballesteros, and marked the professional debut of José María Olazábal. The Ladies European Tour also passed through here with the Woolmark Match Play of 1989, won by Marie-Laure de Lorenzi.

The golf course is very generous to play, and is suitable for all handicaps. This, combined with the visit to the clubhouse, makes booking a tee time here a complete success. The 18 holes par 72 cover an area of 6,000 metres, which is divided into two distinct parts. The first 9 holes run along a valley with a smooth configuration, while the remaining 9 extend along the foothills. The difficulty and fun vary considerably according to the position of the pins, challenging the golfer to use every golf club in the bag when facing the variety of shots. The course must be played with technique, bearing in mind that the hazards, whether natural to the terrain, bunkers, lakes or trees, are all open and visible, and can be overcome with a good game strategy. The greens are, without doubt, the highlight, with large surfaces that challenge you with plenty of movement.

The 10th hole stands out for its narrow par 4 of 407 metres, with a drive drop which is threatened on the right side by a bunker, about 200 metres from the tee box, and on the left side by the out of limits. Three more bunkers protect the entrance to the green, which leads this hole to be considered as the Handicap 1 of the course. And then there is the 18th hole, which offers a spectacular way to end this beautiful course. The 356 metres par 4 forces you to avoid the left lake and two bunkers in the second shot to the green, and offers a splendid view with the clubhouse behind.

Club de Golf Vallromanes is the first club in Catalonia to receive the Quality Assured certification from IAGTO, the International Association of Golf Tour Operators. This is a guarantee of the excellent experience and the good practice with all visitors and golf tourists who come here. In addition, adopting a strategy aligned with the Biosphere Institute, the club has developed a series of actions of environmental responsibility, starting with the elimination of the use of plastic bottles on the course.

The club has tennis and padel courts, a swimming pool, a gym, a games and TV room, a kid’s club, a pro-shop, first class locker rooms and the practice area. Its driving range has three natural grass platforms, and a zone of synthetic mats under cover, with different target greens to practice all kinds of shots and distances. It also has a practice bunker, a large 18 hole putting green between tees 1 and 10, and a beautiful approach area, recently opened, hidden behind the clubhouse.

Top-quality accommodation agreements are highly recommended, with establishments such as the 4-star Hotel Can Galvany, the closest; the 5-star Ecoresort Mas Salagros, 100% ecological; and the 4-star Hotel Augusta.